On September 17, 2012, judging took place for the 2012 Sheep to Shawl competition. Five guilds took part in Sheep to Shawl this year. Each guild came to the fair with a handspun warp ready for the loom. They were required to prepare the fiber, card and spin the weft for the shawl at the fair. The warp was threaded on the loom and woven during the 12 hour competition.

Cheryl Reed of Richland was the judge for the competition. She is a Northwest Regional Spinners Association certified judge. Judging took place in front of an audience of fairgoers including many guild members. She was required to look at both the spinning and weaving skills of each guild and the overall final product. She was quite impressed with the high level of skill shown in the five shawls. 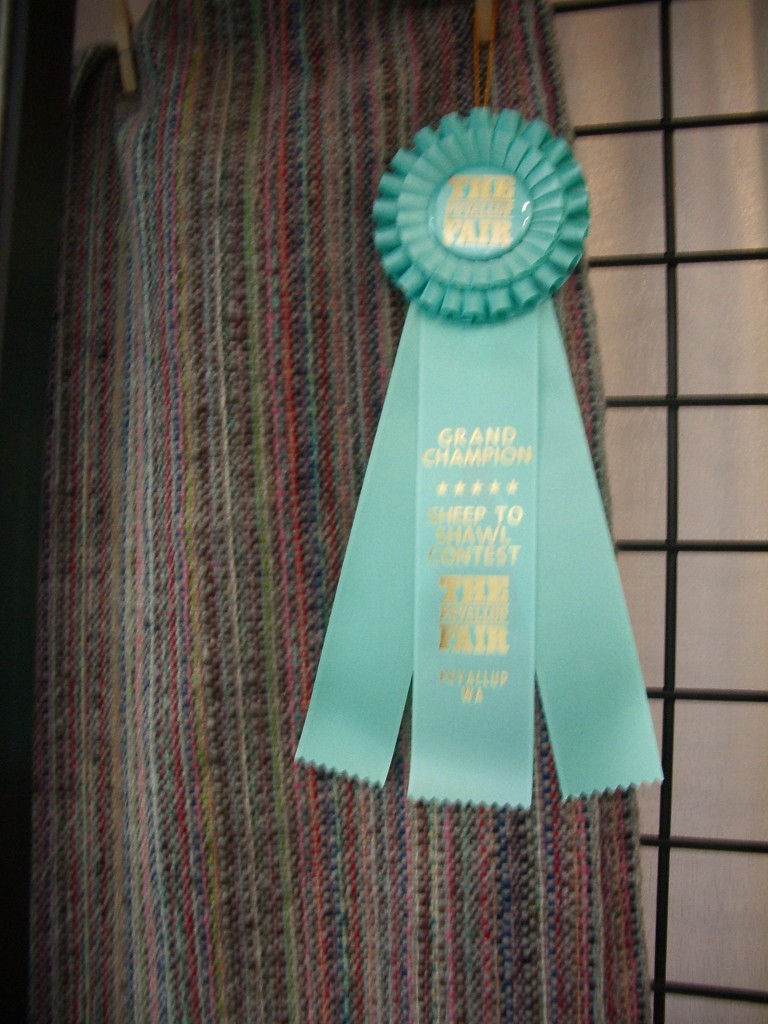 The Grand Champion shawl was done by Arachne Guild of Edgewood. They challenged each of their members to spin part of the warp for their Friendship Shawl. In their entry notes it stated:

Arachne Guild did a friendship scarf earlier this year. We decided that making our shawl in the same manner would involve more members in this project. Each member was requested to bring handspun yarn of their favorite color to be used in the mixed warp. A gray weft was used to weave the shawl. 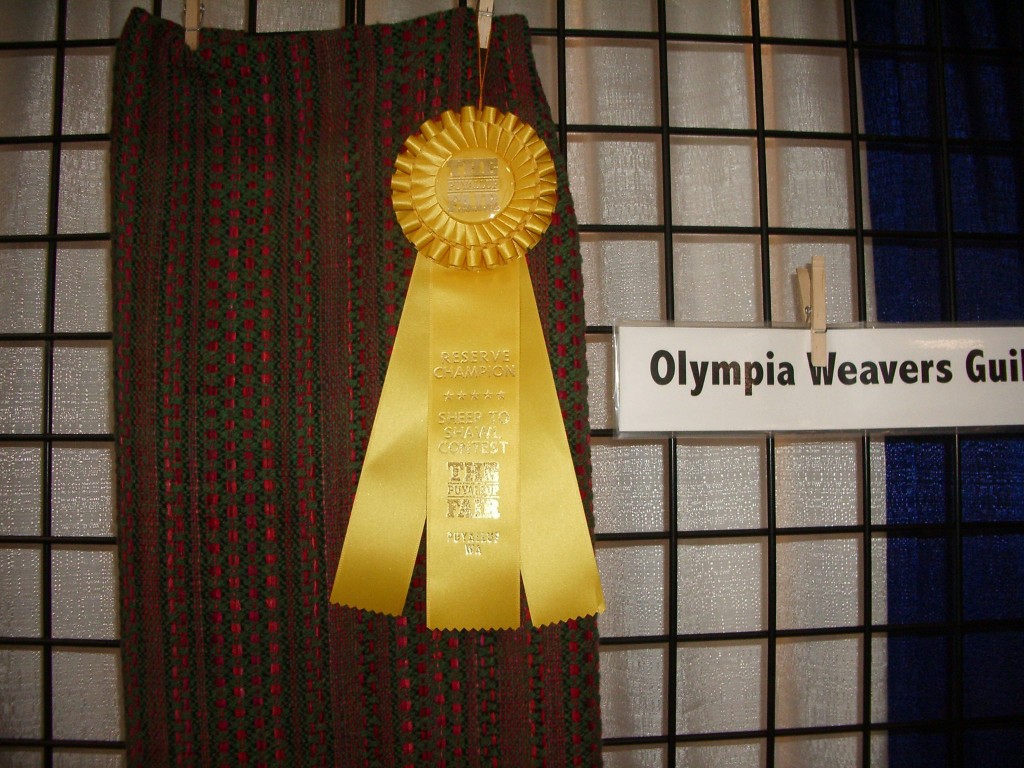 Reserve Grand Champion was won by Olympia Weavers Guild with their 4-shaft lace weave shawl lacey iridescent soft weave capturing the contrast between colors and textures. It was inspired by a photograph of red flowers and green foliage.

Each of the remaining shawls highlighted skills in different areas which were recognized by Award of Merit ribbons.

The competition is done by six member teams over a 12 hour period. They do the spinning of the weft and weaving at the fair plus fringe treatment during that time. They have a few days to finish the shawl before submitting it for judging. The shawls are on display at the northwest corner of the Merchants Building under the Grandstands for the remainder of the fair. No doubt teams are already thinking about their plans for next year’s fair.